When Crazy Becomes the New Normal 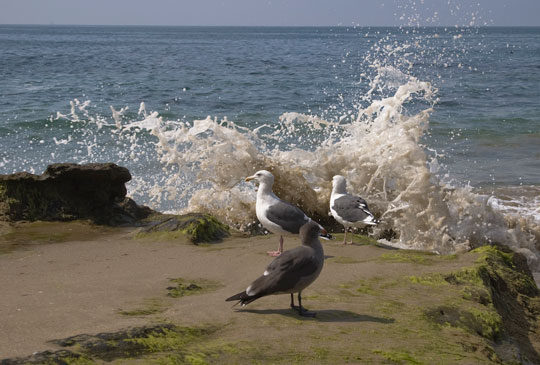 I had a really good and interesting conversation with my boss last week. We were discussing what it means to run at a sustainable pace. His spiritual director had just asked him what changes he would need to implement in order to be still excited about doing what he’s doing when he is 50. I thought that was an excellent question. Though if you’re as close to 50 as I am, you may need to push the time out a little further for this to be meaningful…

The real question is this: Can I maintain the pace I’m currently at which I’m currently moving for another 15 years? And if not, what needs to change?

I’ve been doing a lot of thinking on this. Partially because I’ve been on the ragged edge of burnout more than a few times, and partially because I just changed jobs and it’s a natural time to think about it. I’m also a recovering workaholic, and it doesn’t take much for me to slip back into the “do whatever it takes to get it done” mode. One of the things Todd and I talked about was a season like we’re in right now; 8 weeks from the Christmas program, about to launch into a ton of technology upgrades, re-defining the worship experience at Coast, managing the current levels of giving… That doesn’t all fall on our shoulders alone, but we’re affected by it. And we both have personal things going on at home–nothing tragic or out of the ordinary–just additional stuff that we’re dealing with. So we know we’re in a crazy season right now. The danger is that “crazy” becomes the new “normal.”

I think those of us with a bent toward perfectionism and workaholism can easily ratchet up “normal” until we’re running so fast and so hard we can’t make it a year. Then we burn out and look for another job. Wash, rinse, repeat. This is not good.

As I’ve been thinking of ways to combat this tendency in my own life, here are a few things I’ve been wrestling with.

It’s really hard for me to not have everything “finished” by the end of next week. It doesn’t matter how absurd that concept is, I feel like I should have it all done and under control by next week, the week after by the latest. And as much as things like the CTDRT are helpful, they often add to that self-imposed pressure. I hear a great idea someone is doing with their volunteers and I want to implement it (and experience great success and fruit with it) right now. Or I’ll have lunch with someone who will describe something they are doing and I think, “I need to add that to my regimen.”  It’s crazy, but it’s how my mind works.

So when I get stuck in that, I try to re-think the plan in terms of years. I’ve always been really good at being able to see what is not as it is, but as it could be. The problem for me is I don’t think it should take as long as it does. And recent events in my life have caused me to want to plan in months, not years. Now, I’m making a concerted effort to think in terms of years. I’ve been saying things like, “OK, that’s a great idea. That’s going to be a year three implementation.” I may start it next year, but thinking further out forces me to relax my pace a little.

Force Myself to Take a Break

This has been harder. I’ve only been here a few months, and I’m taking my first weekend off at the end of October. We techies are notorious for feeling like we have to be there every weekend. We don’t! We tend to hoard our vacation time, then never take it because we can’t take 3 weeks off at once before it expires. One thing I need to do is sit down with my boss and map out my vacation schedule for the year. I want to look over the church calendar and plot out a weekend off every 2-3 months, plus a week off, plus a few extras here and there.

That accomplishes a few things. First, it gives me much needed rest. Second, it creates and environment where I have to train others to do my job. Finally, it reminds me that I’m here for the long-term and need to think about it that way. I will also be planning my times off around busy times in the church calendar. That way I’m not trying to take a week off just before a critically busy time, and hopefully, I’ll be getting a break right after one.

Those are a few ways I’ve been trying to maintain a pace that I can keep up for many years. I really do want to be as excited about working at Coast Hills 10 years from now as I am today. And while I can’t control everything that goes into that, I can control my own contribution.