Church Applications for the iPad

Last time I made some observations on the iPad, and have come to the conclusion that it’s really a viable platform. I’ll admit it; I want one. I won’t likely buy one, personally anyway, at least until the 2nd generation is released. Unless the actual production version adds a few things… But I digress. Today, I want to talk about a few applications that I think make a ton of sense for churches. So here we go.

Having gone digital a few years ago, I have become addicted to remote mixing. Perhaps it’s because the rooms I’ve mixed in are so bad and sound different in every seat, but I’ve really found a lot of value in being able to walk the room and tweak my EQ and mix. Plus, if I’m working an event alone, it’s nice to be able to walk up on stage and do some mixing of monitors on our tablet or laptop. I hate our tablet (an HP swiveling touch screen), and using my MacBook Pro means launching Parallels. However, an iPad with a VNC client would be really sweet! 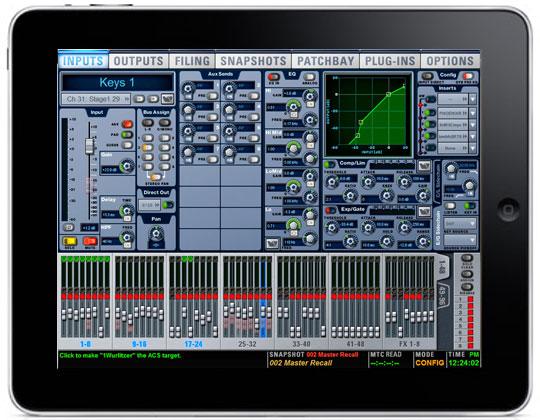 This would be VNC. What if they actually built an app?
With a Venue, you can VNC in from your iPhone. It would be even better on an iPad. And if Digi (OK, I’ll start calling them Avid) built an app…well that would be killer. You could also do it with Yamaha, though it would entail opening up a lot more windows. And it’s pretty unlikely Yamaha would ever build an iPad app. But still, you could do it. 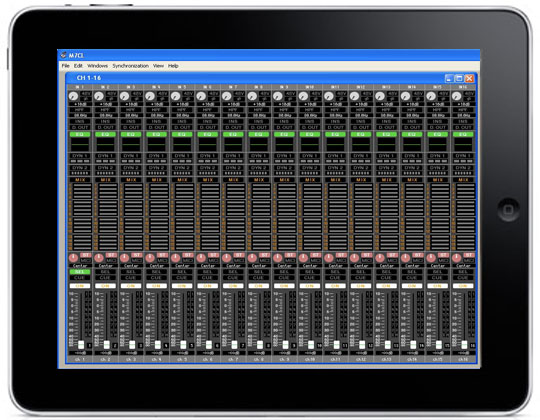 We use the Hog PC lighting console at Coast. Being a straight up Windows PC, it would no problem to VNC in to that as well. In fact, someone has already built an iPhone app to do basic control of the Hog, with a few tweaks it would surely be slick as all get out on the iPad. Or you could just VNC. 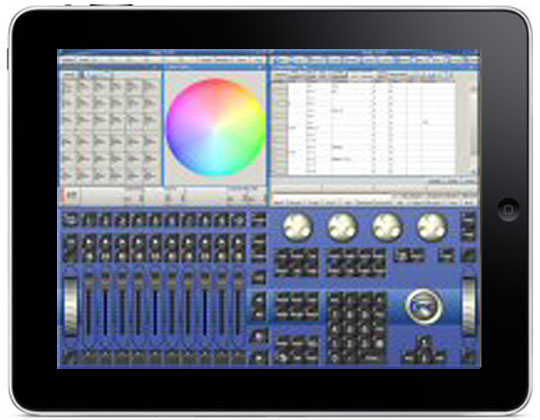 Sorry for the image quality… But come on, this would be cool!
I would much rather send Gary up in the lift with a $500 iPad than a $2000 laptop to tweak lighting settings. And the fact that it’s an inch and a half thick and weighs a pound and a half would be nice for both sound and lighting guys to work with. Though we’d probably fight over it… Might need two.

I’m not thinking solely of tech people here. Most churches use some kind of child care check-in system now. And usually it’s on some large, convoluted cart or kiosk that takes up a lot of space and costs thousands of dollars. How much cooler to have smiling, friendly people greeting parents holding nothing but an iPad to check little Johnny in? Wirelessly print to a nearby Zebra printer and you’re good to do. CCB came out with an iPhone app a year ago; how hard would an iPad app be for check-in? SMOP (Simple Matter of Programming), baby! 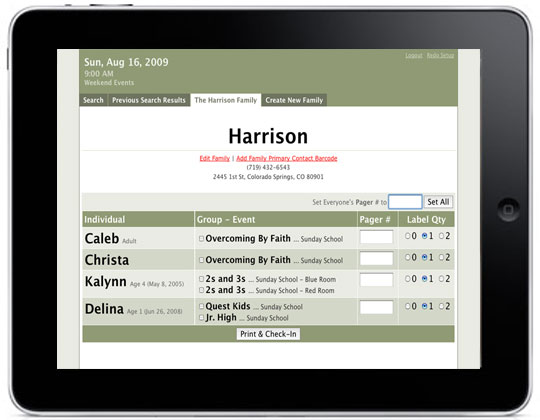 I’ve been thinking through my own workflow lately. I realize that while I lug my MacBook Pro home every night, about 3 or 4 nights a week, I never take it out of my backpack. I can do so much computing on my iPhone that I almost don’t need it. And of the few nights I do use it, I think I could do almost everything I do regularly from an iPad with an external keyboard. Soooo, it might be cheaper for my church to provide me with a 21″ iMac for my office and an iPad (approx. $1700), instead of an MacBook Pro ($2200). And I would be able to get just as much work done, with less weight in my backpack. I’m not 100% sure on this; however, if I’m able to switch to a Venue in the next few months, I may try to put an iPad in the budget (for remote mixing, of course) and I’ll be able to test the theory. I’d be making heavy use of iWork.com, iDisk and perhaps DropBox to be sure, but I think it might work.

So there you go. A few good excuses to buy an iPad.