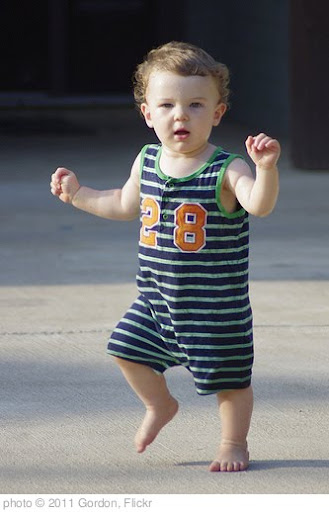 Today’s post was inspired by Tom Petroski. Really good audio engineers are always growing and learning. We’re constantly trying new techniques and processes, finding new equipment and new ways of using it. And as much as I’m really excited by the digital revolution in sound, part of me worries that the next generation of engineers won’t be quite as well-versed in the fundamentals of audio as us “old guys.”

Now before you think I’m bagging on the young punks and going into an, “In my day…” rant, stick with me. Those of us that learned to mix on analog consoles really did have to work a little harder to get good sound. I learned on a console with three fixed bands of EQ. I had no system DSP; in fact I had no system EQ for the first year. My mic collection was small and my resources were limited.

With those limitations, I learned everything I could about mic selection and placement. I worked extra hard on optimizing my gain structure to maximize headroom and minimize noise. Working with limited EQ meant really paying attention to what the EQ was doing to my signal, and I trained my ears to listen for any hint of feedback and catch it quickly. I had to learn how to layer instruments in a mix simply by carefully setting their levels. Getting all that right took a lot of work; but it was great learning experience.

Fast forward to today. Guys who are learning to mix in their teens and early twenties have access to consoles, mics and systems I couldn’t have even dreamed about at that age. They tend to quickly form opinions on what they like and what they don’t like based on very limited experience. They start reaching for fully parametric, dynamic EQ right off the bat. Plug-ins are a way of life.

All of this comes at a cost, however. By attempting to massage the sound with a half-dozen plug-ins instead of tweaking the mic position (or changing mics altogether), the young engineer misses out on a valuable lesson. I cringe when I hear young guys say, “Insert well-known mic here sucks!” because chances are the mic doesn’t suck; it’s just the wrong mic for the job or they’re using it wrong. But they don’t know because they’ve spent the last 20 minutes trying to EQ it with 3 plug-ins instead of moving it two inches or swapping mics.

Now, I don’t mean to bag on the young guys. But let me challenge you with something. Before inserting a bunch of plug-ins in the audio chain, or switching on the multi-band comp, or even any comp at all, flatten everything out, turn off the comps and focus on the sound. Listen to what the mic is picking up and how your system is reproducing it. Work on your gain structure; see if the mic pre’s sound better when you hit them hard or if a softer touch is more appropriate.

Listen to how the mix bus sounds as gain goes up and the signals get hot. Listen to the mic as someone moves it around a little bit. Work to pick up on the subtle tonal shifts that happen when the position changes. Try to get all the instruments to sit properly in the mix without doing a ton of EQ or compression. Maybe even turn off the reverb for a little while and see if you can still make the vocals sound good (my friend Dave Stagl recently called reverb the crack cocaine of audio guys on Church Tech Weekly…).

Now, don’t this for a week. Do it for a month. Then two, then thee. See if you can really master the fundamental skills of mic’ing, gain structure and mix balance. These items are the basic ingredients for the live sound “cake.” Then slowly start adding the “frosting;” the EQ, the compression, the reverb. Take some time to master those elements before trying the “sprinkles;” parallel compression, bus compression, multi band compression, expanded effects processing.

If you’re doing it well, this process should take the better part of a year. Not because you’re slow, but because you are working hard to master every step of the way. If you can get to the point where your mixes sounding solid and cohesive throughout the process, you are learning. I have heard far too many incoherent mixes that lack any cohesiveness yet have tons of processing and special effects going on. Master the basics, then move on.

How did you learn to mix? On a very basic system or with all the bells and whistles?