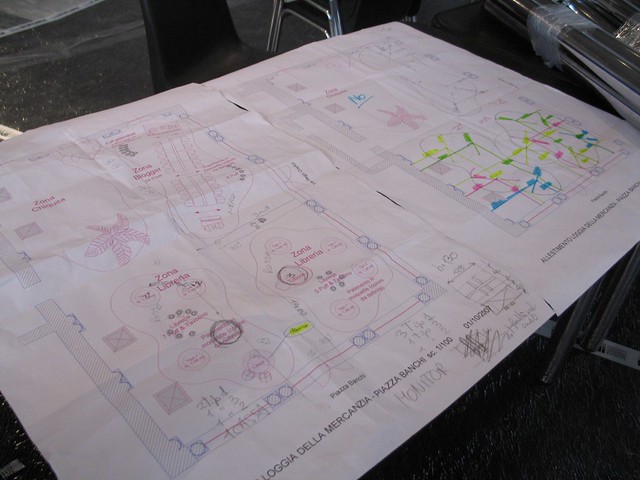 It’s been a little while since I updated you on the renovation at Coast Hills. As I write this, I’m one day away from the final week of install. As we work through this week, I’ll update you on some of the technical things we did, but in this post, I wanted to offer some advice on something I almost never hear anyone talking about; how to work with the architect and builder during your renovation.

They Don’t Really Know What We Do

I had a revelation a few weeks back. Now that I work as an AVL integrator in an architecture firm, I realized that my aggravation with the architects who designed the buildings I worked in was misplaced. After having many discussions with the guys in our firm, I’ve come to realize that they are not tech guys. This may have been obvious, but it really hit me one day. The reason they don’t know how to design with the needs of production in mind is that they’ve never done production.

This is not their fault, but it does put the onus on us as production guys and gals to clearly define our needs and make sure that those needs are incorporated into the plan. To be sure, some architects are more knowledgable than others, but it’s a mistake to assume they will know how to design a stage, tech booth or video control room that will meet your every need without any of your input.

I sent many, many emails to the architect on our project. I followed up with most of them. But the ones that I didn’t follow up on ended up being things that were missed. Even after I received confirmation that my curtain batten plan was to be included in the plans, I never actually checked the plans to be sure they made it. It wasn’t until I asked about it that everyone said, “Curtain battens? What curtain battens?” What followed was a tragically comedic email discussion about what materials should be used for the battens.

Again, we can’t assume the architect or builder know what we need from a production standpoint. Chances are, they’ve never actually built a production stage. We all have heard the stories about trying to explain to the electrician that yes, we actually do really need all that conduit. And yes, dedicated power really is important. It is up to us as the experts in production to communicate, communicate and communicate again. And don’t assume that because you specify Schedule 40 black steel pipe for battens that someone won’t think Schedule 40 PVC is acceptable. Trust me on this.

I’ve had conversations in the past with church leaders about choosing a builder. Many years ago, I was on the building committee at my church, and they wanted to hire an architect who had never designed a church before, and a builder who had only built one very traditional church building. Both were bad ideas.

Make sure the architect and builder have actually built similar buildings to what you want. If they haven’t, they must express an extreme desire to learn about the needs of modern church production. If they think a church AVL system is a gooseneck mic on the chancel and a few speakers in the nave, and you’re looking to create a Hillsong-like experience every weekend, run away. Not that there is anything wrong with a chancel and a nave, but that is a whole different ballgame.

This is a Big Deal

When we start talking about renovations or new buildings, we’re talking about dollar amounts in the hundreds of thousands to millions of dollars. This is money given sacrificially by the members of your congregation with the idea that it would go to advance the ministry. When bad decisions are made and money is wasted, it’s bad stewardship, plain and simple. It is up to us as experts in production to stay on top of this stuff. Never assume, over communicate, follow up and follow up again. If you have a good building team, the end result will be a good one.

Today’s post is brought to you by Ansmann, USA, distributor of Ansmann rechargeable batteries and battery chargers. Used worldwide by Cirque du Soleil and over 25,000 schools, churches, theaters, and broadcast companies. We offer a free rechargeable evaluation for any church desiring to switch to money-saving,  planet-saving rechargeables. Tested and recommended by leading wireless mic manufacturers and tech directors.