Helping Vocalists With Their Wedges 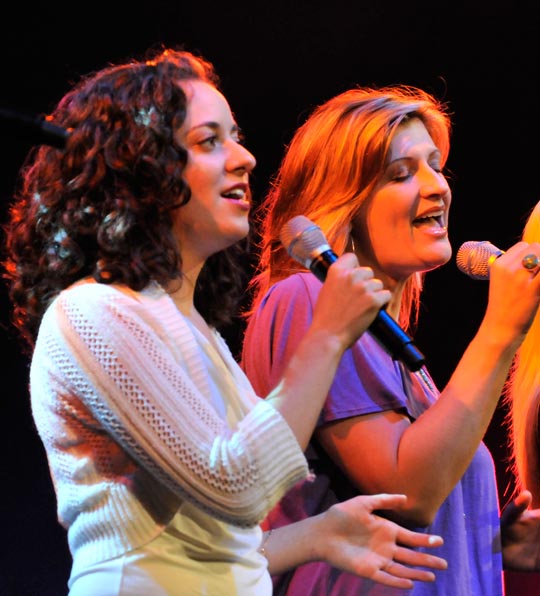 Getting a vocalist’s monitor mix right can often be the difference between a smooth worship experience and a difficult one; at least from a musical perspective. The trouble is not typically lack of talent but an artist having a hard time determining what they really need in a monitor mix along with difficulty in communicating those desires to the engineer. In this post I want to give both vocalists and engineers some tips on getting a useful vocal monitor mix dialed in quickly.

One thing you should notice straight away is that I said a “useful” mix. By useful, I mean that there is enough of what the vocalist needs to hear in the mix, and not much else. A lot of times, things get off track by trying to create a CD quality monitor mix for a vocalist. While that may be a laudable goal, it’s not really useful. Let’s start with what vocalists need to hear in their wedge.

A vocalist is going to need some time reference if they are going to sing successfully. Typically, this is going to mean snare and/or hat. I try to keep these fairly low, but present enough that the vocalist can easily pick out the tempo of the song. They really don’t need kick, toms or overheads, and more often than not, adding those to their mix confuses them (especially if you have a really great drummer who plays cool syncopated rhythm stuff).

Vocalists need pitch reference to get on the right note when they sing. Finding a useful pitch reference will depend on your band makeup and the song itself. Sometimes this means piano, sometimes it’s electric guitar. A lot will depend on the orchestration of the music. Here is where communication helps a lot. Talking to the band and finding out what is the best pitch reference for a given song (or preferably set of songs) may be necessary. I know sound guys like to hide in the booth, but getting a good monitor mix means getting out from behind the board and talking to the band. Get used to it.

The only other thing a vocalist really needs to hear is themselves. Some need more “me,” others need less, but quite often I find their voice should be pretty close to the loudest thing in the mix. If you have a multi-part vocal team that is singing harmonies, they may also need to hear other parts so they can fit together well. Ideally, they would know their part cold, but the reality is they often need to hear the soprano part to properly sing the alto (and visa versa).

That’s really all they should need in a vocal mix. Now sure, we can add keys, B3, percussion, violin and whatever else is on stage to their mix, but it doesn’t really help them. Most of the time, it just makes it harder for them to hear what they need to hear.

A Few Other Tips

Remember that the faders go both ways. If you have a vocalist that keeps asking for more of something, followed by more of something else, followed by more of…well you get the idea, start asking what you can turn down instead of turn up. If they need more vocal, but then can’t hear their pitch reference, try backing their vocal down just a little bit. Sometimes small changes can make a big difference.

Start their mixes with their mics on, both in the house and their monitor. When they pick up their mic and start talking, they hear things working and it sets the tone for things going the right way.

Listen to their mix. In an ideal world, you will have a wedge of the same type the vocalists are using at your mix position (whether FOH or dedicated monitor). When are adjusting their mix, you should be listening to it. It also helps to go out on stage and stand next to them. If you can remote into your desk with your iPad or iPhone and make changes, you look like a super-rock star.

Spend time with your vocal team educating them on the best practices of building mixes. Don’t dictate from on high; work with them so they understand the concept. Most vocalists really do want to do a good job—it’s our role to help them do just that. It might even be helpful to go in on a practice night and show them the difference between a full band mix and the basics. That often is enough to convince them the simple approach is easier.

Remember, it’s not about creating a CD quality mix in their wedge. Vocalists, if you want to hear the song in all its glory, stand in the congregation or buy the MP3. When you’re singing, get the basics in your mix and you’ll sing much more confidently and accurately.