Last week Coast Hills put on a large, original production called Gunch! It was a huge undertaking, with a cast of 80+, a full pit band & chorus, an original set, costumes; the whole works. I’m working on a few behind the scenes posts to show how we did some of the more interesting elements of the show, but for now (and while I’m recovering), here is a pictorial journey through the show. More details will follow… 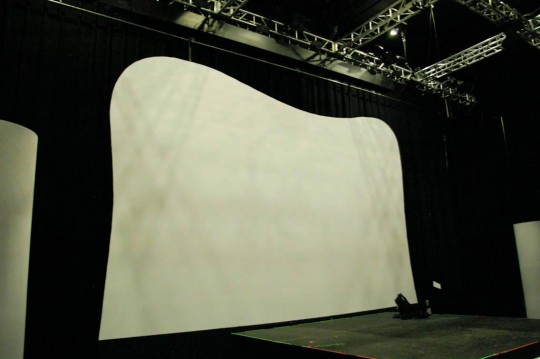 This was the main screen/backdrop for the show. It was custom cut for the mask shape that we projected with, and served as the backdrop to nearly every scene. We had planned on hanging our white cyc behind this and lighting the cyc with color blasts. But after we build the screen, we all thought it stood out better with the black drape. It was a good call; it looked fantastic. 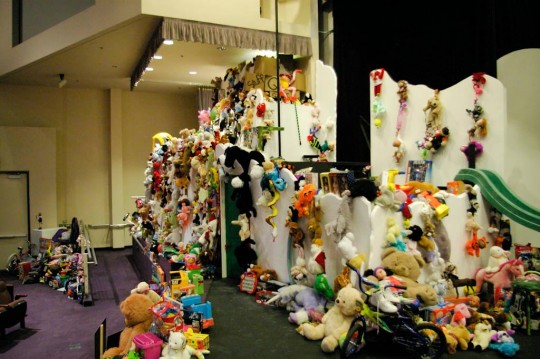 Stage right was home to Gunch’s lair, known as trash mountain. The supporting structure was built from Steeldeck platforms, and we overlaid white sheets of EPS foam (polystyrene insulation board) and covered it with toys. All the toys were donated (many of them brand new) and were donated to a local children’s hospital and the nearby Marine base after the show. 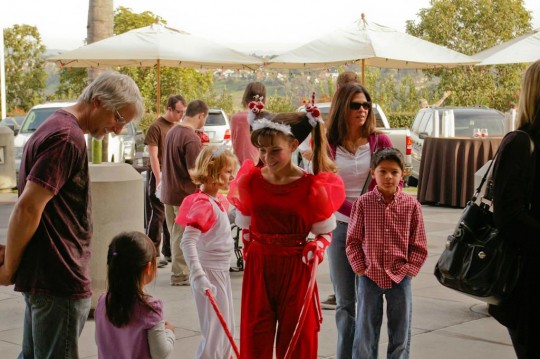 One of the creative elements the directors came up with was the House Cast. We had 30-40 kids who acted in the house during the show, and greeted people before. The idea was to extend the town of U-Ville into the lobby and beyond and set the tone for what was to come. It was a huge hit.

This shot gives you an idea of the entire set. Trash Mountain dominated stage right, while the rolling hills of U-Ville were on stage left. We also used that long wall as a stage for the silent film elements. I love the way the center screen appears to float in mid-air. 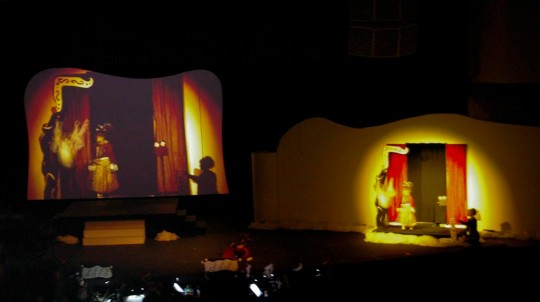 The silent film scenes were one of the more fun technical challenges we had to solve. The idea was to tell the back story of Gunch through these films, but we didn’t want to actually film them. The director really wanted to run them live every time , but we wanted them projected on the big screen to look like an old, silent film. In the end, we pulled it off, and I thought it looked even better than I imagined it would. 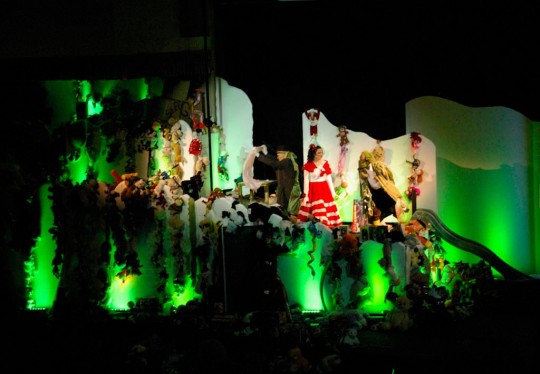 We created looks for each of the characters when they were on stage; for the Gunch it was green. Trash Mountain takes on an entirely different and dramatic flair when uplight with ColorBlasts and just a few moving lights. One of my favorite pieces of the set was the slide…though it proved tricky to keep the sliding speed down. 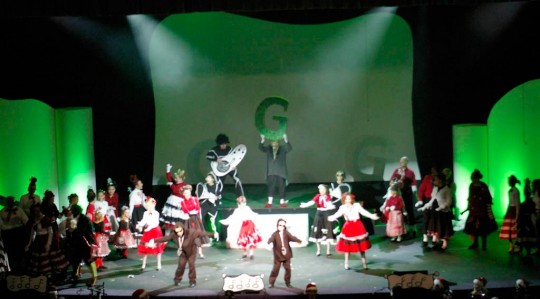 The first act ended with the big dance number, the G-Rap. This was a lot of fun for the lighting guys as they got to break out the haze and send all six of the Mac 700s into animation mode. The rap was written and recorded in house and gave me a chance to blow the dust out of the subs. It was a pretty rockin’ number. 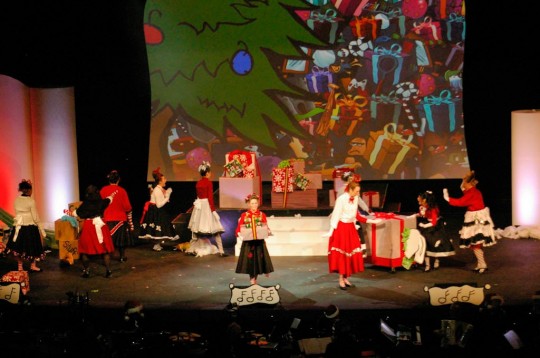 Yeah, that’s my daughter in the center. This was a really fun scene called Wrapping Presents. We had everything from a wrapped hippopotamus on stage to a giant box that we had three little girls bust out of at the end. It was a winner every time. And a proud daddy moment… 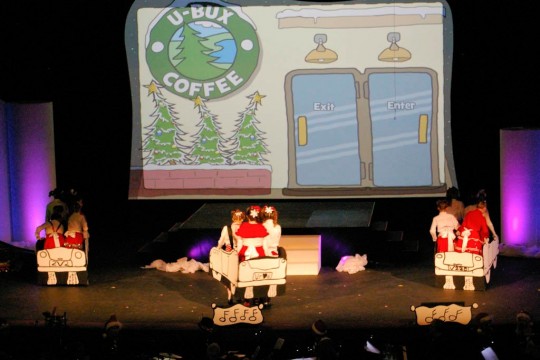 I remember sitting in an early planning meeting with the director as he said, “And we’re going to need to build cars that the cast can drive on to stage for the drive-in scene.” We scratched our heads on that one for a while, but finally came up with a way to make them out of luan plywood and some simple strapping. The effect was great, and perfectly Uvillian. 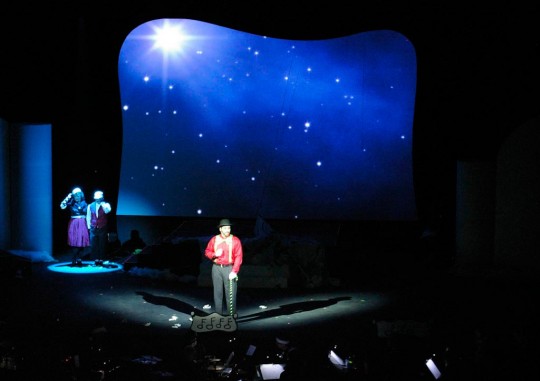 The final scene, where it all comes together. The entire story was one of redemption, and in these last few moments, the narrator clearly explained the Gospel story. It was a powerful moment that got me every time.

There were many more great moments during the 90 minute show, and I’ll be going into detail on some of these elements soon. But for now, the final words are her words to cast, “Jesus was born for everyone. Even those with a Gunchy pasty past, past….past.” Merry Christmas!