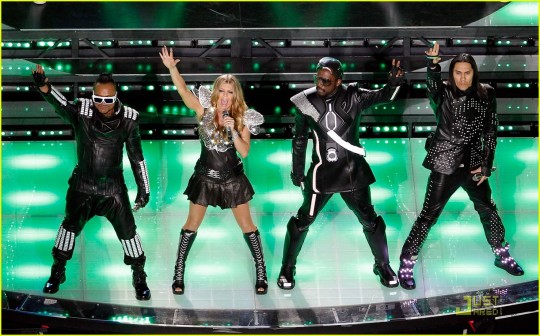 Ever since Sunday afternoon, when I was roused from my peaceful state of napping by my daughter chirping about how bad the sound was, I’ve been thinking about the halftime show. Based on the traffic on Twitter and various audio forums during and since, I’d say it’s a day that will live in infamy. Much hay has already been made about the event, and I won’t be pouring much gasoline on the fire (sorry…). Suffice it to say that mistakes were made and the result was less than optimal.

It’s pretty obvious things didn’t go well that night, and while I’m completely baffled at how that got on the air (let alone how the Peas were chosen to perform…), I think we better spend our time figuring out what we can learn from the event.

I actually have several reactions to what happened. First of all, I think it’s good to be reminded that what we do every weekend is incredibly difficult. Obviously, most churches don’t have several hundred people running around on stage with LED Tron outfits on, but from an audio perspective most of us handle more inputs on a regular weekend than they had for the Peas. And even with a production budget that exceeds most church’s annual budget (probably by a factor of 2-10), things still went horribly wrong.

Since it’s so easy for a single big mistake or failure to ruin the show (or for that matter, a series of cascading smaller disasters), it’s important to think through contingency planning. But that’s not what I want to talk about today.

Really, I want to put things in perspective. So for all you pastors and worship leaders out there who get your panties in a wad every time the mic isn’t on at exactly the right moment, chillax, OK? Just say, “Good morning!” again and go on with your life. Keep in mind that it happened at the Superbowl, and even though it sounded terrible, nobody died. And chances are you’re not preaching to an audience of 100 million on worldwide TV. So relax. Don’t publicly berate your tech team in front of the whole congregation.

And if you ever find yourself wondering, “How hard could it be? It’s just five faders!” I encourage you to remember the Superbowl. And, just for fun, why don’t you try it sometime? After all, how hard can it be? I think it’s also important to keep in mind that the production team for the halftime show had a year to plan and a month to rehearse. We do church every weekend, and often, we don’t know what’s going to happen until we get there (or maybe Thursday if your church is really on the ball).

Now, this is not to excuse perpetual poor performance. I think we should always strive for excellence and as sound techs, we need work hard to get the mics on when they should be and produce great mixes. But if you have a bad day, don’t head for the bridge. And like I said, pastors and worship leaders, don’t throw those hardworking techs under the bus.

You don’t get to mix anything at the Superbowl by being a flunky. Clearly whatever went wrong went wrong to someone who has been doing this professionally for a while. They’ve probably had some training.

Pastors, when was the last time you approved any training for your techs? Do you have a handful of well-meaning but poorly trained people behind the sound board? If so, stop complaining about it and pony up some funds to bring someone in to train them (I’m available on a limited basis…).

And while it may not have sounded like it, the crew at the Superbowl were working with some top-shelf gear. At your church, are your sound techs working on equipment that was manufactured when there was a Bush in the White House? The first time? Again, maybe it’s time to open the checkbook and get them the equipment they need. You’d never consider forcing your children’s department make do with broken and dangerous toys; why is it OK to put that on the tech team—and then let them have it from the pulpit when something goes wrong?

I’ve been doing this church tech thing for a long time, and I’ve made my share of mistakes. But I’ve tried to learn from them and have spent literally thousands, no tens of thousands of hours learning my craft. And the reason it’s taken so long (and why I continue to pursue my technological education) is because what we do is hard. At lot is on the line, and a lot can go wrong.

I want to wrap this up with two thoughts. First, if you’re a tech, especially a volunteer, I want to say I’m proud of you and appreciate what you do. If you make a mistake, don’t fret it; we all do. Regardless of what others may think, there is a lot to this, and it takes time, a long time, to get really, really good.

Second, I want to encourage the rest of you out there, pastors, worship leaders and congregants to thank your tech team this week. They work really hard so you can have a great worship experience every weekend. They don’t always get it right, but let’s be honest, neither do you. Pat them on the back, look them in the eye and tell them you’re thankful for them. I can almost guarantee that if you do that regularly, your results will improve—especially if you follow the rest of the advice in this post.