CTA Classroom: Are You Suffering from ET? 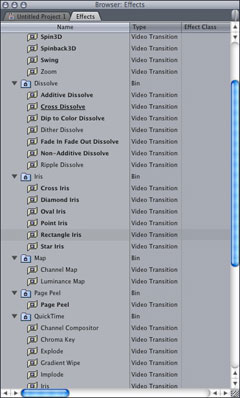 Some time ago, I was trying to watch a show on the DIY network the other day about sustainable building practices. Those close to me know that I’m really into building. It’s been a hobby out of control for a long time, really, so I was very interested in the content of the program. However, I had to stop watching because I became so annoyed with the editor’s attempt to use every single transition his editing package came with (and perhaps a few third party ones…). Even my wife was irritated by it, which says a lot. Some of the transitions were really cool and had they been used sparingly, would have been great. The problem was, the transitions got in the way of the message. After 10 minute of yelling, “STOP!” I had to turn it off.

Back in the old days of editing (the real old days of cutting film with a razor and taping it together), cuts were pretty much all an editor had to work with. Even dissolves took a lot of work. This was fine however, because editors developed a language of editing in which cuts ruled and dissolves marked the transition from one scene to another (or a change of time).

Today, now that editing has become very easy and hundreds of transitions are just a mouse click away, many editors find themselves afflicted with ET—Excessive Transitionitis. Thankfully, there is a cure: I call it C&DO—Cuts and Dissolves Only (which is not to be confused with Obsessive Compulsive Disorder in alphabetical order…).

Of course, ET is not a problem afflicting second-tier cable programs alone. A few weeks ago I rolled a video during a memorial service. In addition to EKB (Excessive Ken Burns), the editor was also overcome with ET. In fact, I could pretty much figure out the order the transitions appeared in the effects window of iMovie. Mainly because that was the order they appeared on screen. What should have been a moving, memory filled few minutes became an effect-laden eyesore.

Try this experiment: The next time you are telling a story, edit it together using cuts only. Then watch it and ask yourself if a whole bunch of wacky transitions will really further the message. I often say that ET is merely a compensation mechanism—compensation for lack of good content. The truth is, if the story isn’t compelling, piling on 3-D rotating cubes and cross-zooms will not make it more so.

When I used to produce industrial or commercial videos for clients, we would have to use some flash and trash, because the content really wasn’t that exciting. However, in the church setting, we have a story to tell—a powerful story. When telling powerful stories, all we really need is cuts and dissolves. Seriously. Don’t believe me? Watch any movie that tells a powerful story (The Passion of the Christ, Saving Private Ryan, Crash). You won’t find a flip zoom or venetian blind transition in any of them. Why not? Because the story and the visuals conveyed the message, powerfully. The editors spent their time cutting well, not tweaking the reflection settings on a page turn.

So give it a shot. Try C&DO for a project or two. Spend more time developing content, getting the lighting right, shooting interesting B-roll (to cover up jump cuts) and having the on-camera talent do it just one more time. I can almost promise your videos will be more effective.

Today’s post is brought to you buy Heil Sound. Established in 1966, Heil Sound Ltd. has developed many professional audio innovations over the years, and is currently a world leader in the design and manufacture of large diaphragm dynamic, professional grade microphones for live sound, broadcast, & recording.