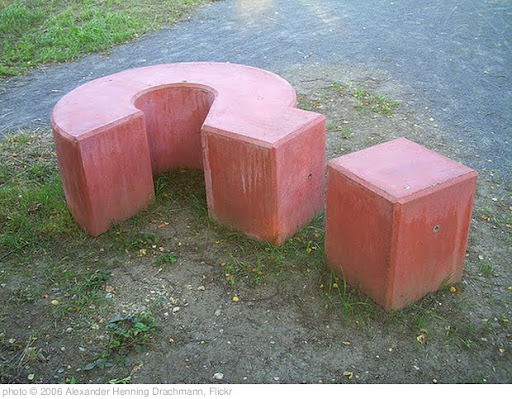 I wish I had a dollar for every time someone asked me this question; “What do you use for…?” I know I’m not alone in this. Many guys I know at large-ish churches are asked that question all the time. It’s as if once a church reaches a certain size, they become the benchmark for how to do things. Certainly there’s some validity in that, and it can make for some very lively discussions when a group of TDs sit around a dinner table and debate the various merits of their choices of gear. I enjoy those conversations immensely and often walk away intrigued enough to investigate some piece of equipment I may not have previously considered.

With that being said, most of the time, I don’t really care that much what other churches are using. Well, that’s not true; I do care, it just doesn’t influence my decision-making process that much. You see, rather than asking what my friends are using and simply copying that, I try to find equipment that makes the most sense for our church, our mission and in our context. And those are the questions that we should all be asking when evaluating equipment purchases. Does this equipment make sense in our context? Here’s an example:

Someone asks me what we use for a FOH and monitor console. I tell them a DiGiCo SD8 at FOH and use Roland M-48s for monitors. “OK, great! Thanks!” is often the response. I’m left wondering how that was helpful. If someone were to ask some follow-up questions like, “Are you happy with those consoles?” my responses still wouldn’t necessarily be that useful. Why not? Consider the consoles our new system replaced; a PM5D and an M7. We had Issues with those desks but that was for our context; they really didn’t do what we needed them to do. It’s not that they’re inherently bad, they’re just the wrong fit. Unfortunately, they were purchased a few years ago because they were “the industry standard,” not because anyone thought about how they might fit in with what we’re trying to do. I know some people who are perfectly happy with those desks.

I have some good friends who mix on and are big fans of a particular digital console. I love talking with them about those desks and considered it as a replacement for our old setup. However, another one came into view that was a better fit because it does more of what I want a console to do. This doesn’t mean my friends are wrong or made a bad choice, and it doesn’t mean mine is better. It simply means I’m trying to find the best solution for my church.

So here is my suggestion: When you start looking at new equipment purchases, before you start asking what other churches are using ask yourself some clarifying questions.

What is the mission of our church?

How does this equipment advance that mission?

What do we want this to do?

What problems do we need to solve?

How should this equipment go about it?

What features do we need, and which ones do we not need?

Who will be using it and what is their skill level?

We could go on with a much longer list, but that gets you started. It’s important to develop your context before talking to others. Once you do, you’ll be asking better questions and instead of finding out what another church uses and copying it, you’ll be getting good real-world feedback of how that equipment works, what the support is like and how reliable it is. Then you’ll have some genuinely useful data points. You’ll be much better prepared to make a well-educated decision on which piece of equipment makes the most sense for you. And that’s far more important that finding out what the church down the street is using.

What questions do you ask before making a major equipment purchase?