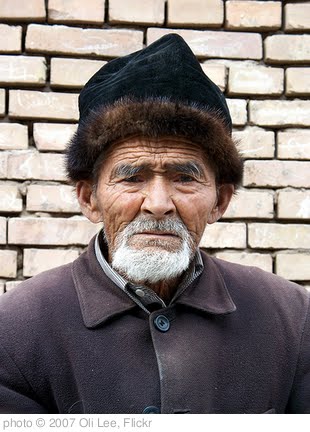 Everyone knows a cranky old man; those stodgy curmudgeons that seem to have an innate ability to see the fault in everything. If the sun is shinning on a blue-sky day, they are upset because it’s too bright. If it’s raining, well, I guess that’s a given. Generally speaking, cranky old men are not fun to be around—at least for more than about 10 minutes.

If you’ve been involved in production technology for any length of time, you probably know some cranky old techs (COTs). Those guys have been there, done that and are pretty ticked off about having to do it again. The cranky old tech may be lighting guy who doesn’t understand why the entire band can’t just hold on a minute while he tweaks the moving lights. For the third time. Or perhaps a sound guy who constantly mutters into the talkback, “A little more talent in the monitors, please!” For the COT, nothing and no one is ever good enough—or as good as they are. They constantly remind anyone within earshot that they have a long and illustrious career in their field and don’t need to be told what to do.

COTs are particularly annoying when they find themselves working in a church. Nearly any phrase they utter is preceded with, “When I was on tour…” or, “In the theater, we…” or, “At the network…” I always want to look at them and say, “Buddy, this is a church; it’s a little different here (or should be anyway).”

I heard of a book (I think it’s The Way of Wisdom by Rohr, but I can’t find it to verify) that lays out two possible paths that most every man will take—and I’m going to greatly oversimplify this: In their 20’s, most men have some type of rebellious phase. It can be mild, or severe, but to some degree, they go against the flow. In their 30’s they settle down and come to some kind of heroic moment where they discover their purpose and pursue it passionately. It is when they hit their 40’s that the road forks. Some get bitter and angry that the world didn’t give them a fair shake. Others get wise, start the legacy process and begin to pass on what they’ve learned.

Techs follow a similar path. When starting out, they know everything, and wish to impress that fact upon everyone. They can be cocky and brash, but are typically productive. After a few years, they settle down, begin to take their craft seriously and look for more meaning in what they do. This is when many join the staff of a church, wishing their lives to count for more than just the glory of the show. After a while however, things may change.

Some begin to feel taken advantage of. They could make more money and work less in the professional world. Their gigs come around every 7 days and it gets old. The work is often the same and typically with sub-par talent. Instead of passing on the craft, they complain. When they get together with other techs, the focus is on what’s wrong with their church, not on the latest innovations in their field. They are as miserable as they make everyone else feel. They become a COT, and they’re about as much fun to be around as a cranky old man.

Others take a different path. After 15-20 years in the biz, they realize that they’ve learned a thing or two. They also realize their knowledge will do them no good when they’re gone. So they chose to pass it on. They begin to spend time with younger guys, teaching them the ropes. Instead of trying to impress everyone with their vast knowledge, they quietly come up with solutions to problems and are more than willing to flex. They see their experience as a gift that needs to be shared. Sure they could make more coin on the road, but they chose to make investments in others. These guys are the ones everyone wants to spend time with.

I learned this first-hand a few years ago from an unlikely source; my commercial HVAC guy. Stan was in his mid-60’s. He has been installing heating and air conditioning for 50 years, starting as a teen working with his dad. He would always say to me, “Mike, if you ever have any questions about why I’m doing things this way, don’t be afraid to ask. I’ve learned a lot over the years, but I can’t take that knowledge with me.” He was always willing to share his knowledge, skill and on occasion, his tools. He was good at his job, and I called him in on every HVAC project I needed help with.

So where are you on this path? Wherever you find yourself, it’s the result of a choice. And you can choose to be different. I’ve been doing live production for 30 years now, and I admit that a few years ago, I was becoming a COT. But God showed me a better way. Now that I’m trying to give back as much as I can, I’ve never been happier. I’m less stressed and more interested in seeing others grow than having my little part of the production go off perfectly.

If you’ve not been around long enough to attain potential COT status, start thinking now about where you’ll end up. Will you go down the road of bitterness and grief as a taker, or return to the world the gifts you’ve been given? The choice is up to you.

Have you met any cranky old techs? How do you deal with them?