On Being Critical of Others 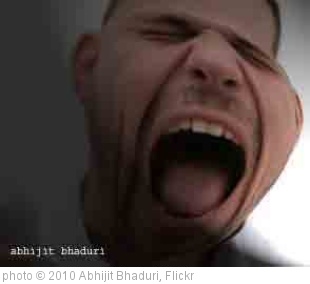 Over the last few weeks, I’ve been thinking a lot about our tendency to be hyper-critical of other people. I’ve thought about this off and on over the years, and it was brought back to the forefront when I came across a post on EchoHub that had generated quite a lot of controversy. A church in Texas created a pretty cool opener for their Christmas production using 54 iPads were moved around by a small army of people while imagery was mapped to the iPads and screens above. It was kinda cool and innovative.

But oh, how it stirred the wrath of the critical Christian. Several chided the church for it being a “waste of resources.” Another said for 700 man hours, it should have been “more awesome.” Still others questioned how such frivolity could possibly draw anyone closer to Christ.

As I was contemplating my response to some of those comments, I started thinking about the steady stream of tweets I see during award shows and major events. So often, the harshest critics of anything are church techs. I mentioned this to a friend of mine and he corrected me, “It’s not just church techs, it’s Christians.”

As saddened as I am to admit it, I fear it’s true. If the broadcast mix of an awards show doesn’t meet our exacting standards, Twitter lights up with an amazing amount of criticism (never mind the fact that there are a dozen places for a perfectly good mix to get squashed between the engineer’s monitors and your living room…).

If a mic isn’t turned on at exactly the right time during a show, within seconds you’ll see Tweets, Facebook statuses and blog posts decrying, “These guys suck!”

Now, let’s think about that for a moment. Say you’re the broadcast engineer for an event, and let’s say you don’t have a relationship with Christ, or a real desire to attend a church. You make a mistake on air, and in the coming days start seeing a vicious critique of your work broadcast on the internet.

You might see things go by on Twitter and maybe even click on a few posts to see who all these people are who are crying out for your immediate resignation from ever mixing again. “Who are all these angry people? Hmm, there’s one. Huh, that guy works at a church. There’s another. ‘Christ follower’ it says in his bio. And another ‘church sound guy.’

Now put yourself in that guy’s shoes. Would you have any desire to be involved with the Kingdom of Christ after being publicly flogged for a simple mistake? Or imagine you were part of the iPad wall I mentioned earlier. After working hard to create something unique and cool for your church, how would it feel to be told it was not “as awesome as it could have been?”

About a year ago, I ignited a fire storm when I shared an experiment I was doing at FOH. Because of our poor mixing position, I tried mixing the service on my UE7 in-ears and found the results—much to my surprise—quite good, at least in that setting. Like I often do, I shared my findings here, with the clear disclaimer that I don’t necessarily recommend it, but it seems to be working well and I find that interesting.

That post was also published on ProSound Web and in Live Sound International, meaning live sound guys—both inside and outside the church—all over the world read it. Interestingly, the only negative feedback I received was from people inside the church. And man, was it negative!

Now, I’m all for debating the relative merits of various techniques, but much of the criticism went well beyond the debate zone and deep into personal attack mode. And it all played out on Twitter and blogs for the world to see. As I write this a year later, I can still feel the sting of those posts. Also interesting is that I did receive a few notes of encouragement as the backlash unfolded—and every single one was from people outside the church family.

Recently, I heard Bruce Smith ask a group of techs, “What would it be like if the tech team was the most spiritual team in the church?” I pose that question here as well. What would it be like if instead of publicly humiliating those who made a mistake or whose work wasn’t up to our standards, we encouraged them? I mean, it’s not like we’ve never missed a mic cue. It’s not like one of our “great” ideas has never crashed and burned.