Almost all year long, our lighting team does a great job lighting up the band and the speakers on our stage. Our goal is to make it easy to see everyone, and create an atmosphere of worship. But once a year, we change it up. On Good Friday, the goal is no longer to light everyone up on stage, but simply to create an environment. For Good Friday, we use no front lighting at all; everything is back, top and side, with lots of beam effects, haze and deep, saturated color. It’s all about the environment, not the people on stage. In fact, if you didn’t know who they were, you wouldn’t recognize them.

What follows are some pictures from both rehearsal and the service itself. Before I go on, I have to give a lot of credit to our LD, Thomas Pendergrass. He designed most of the lighting looks for this service this year, and the entire plot. For you gear junkies, we used a compliment of ten Varilight VL-2500s (rented) on the ground and raised up on cases; eight High End Studio Color 575s on poles; six Martin 581s and a dozen ColorBlasts. We also used a bunch of Par64s on the same poles with the Studio Colors.

The intensity of the light closely tracked the intensity of the service. We hung a white scrim upstage to use as both a projection surface and way to obscure the cross until we wanted it revealed. When it was time to reveal Christ on the cross, we lit it from behind the scrim using a couple of pin spots and red gelled Parnells. As an aside, if you’re unfamiliar with scrims, they’re pretty cool pieces of fabric. When lit from the front, they appear solid. However, if you drop the front light and light objects behind the scrim, it appears to disappear. We rent ours from a local rental house every year.

We tried to set the tone of the service using color. Obviously there is a lot of red, representing the blood of Christ. But we also used a lot of blue and yellow to symbolize the hope we have in Christ. Remember, we know the end of the story. The service is a no spoken-word service, so we lead people through the entire hour with video, music and scripture. The lighting also leads people on the journey. More than any other time, we have the opportunity to lead people through an entire service with lighting.

Though I’ve been through it many times, it wrecks me every time. I hope this proves inspiration to you. 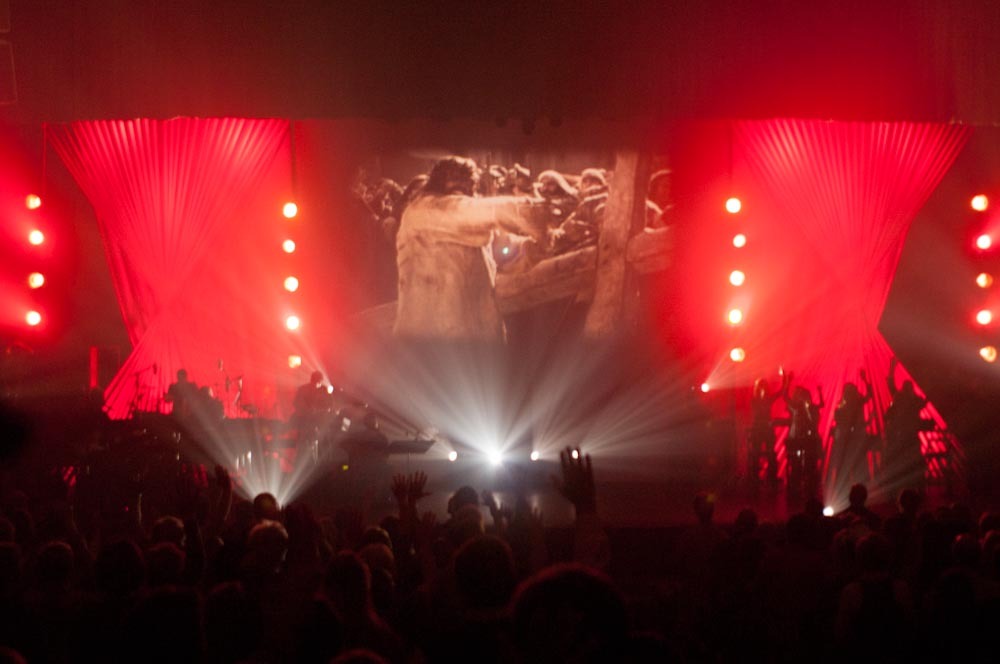 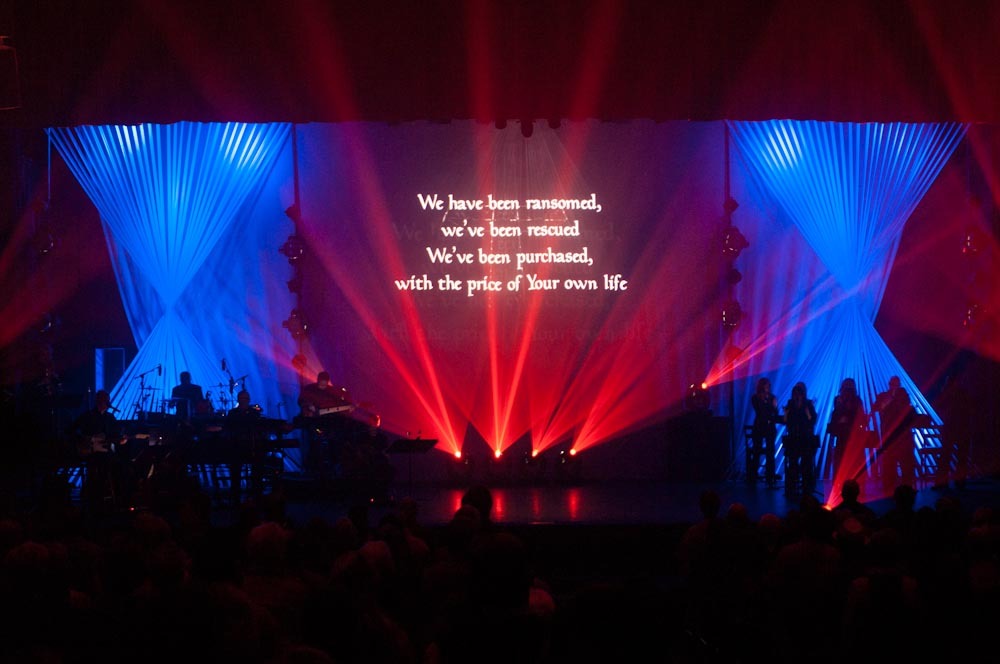 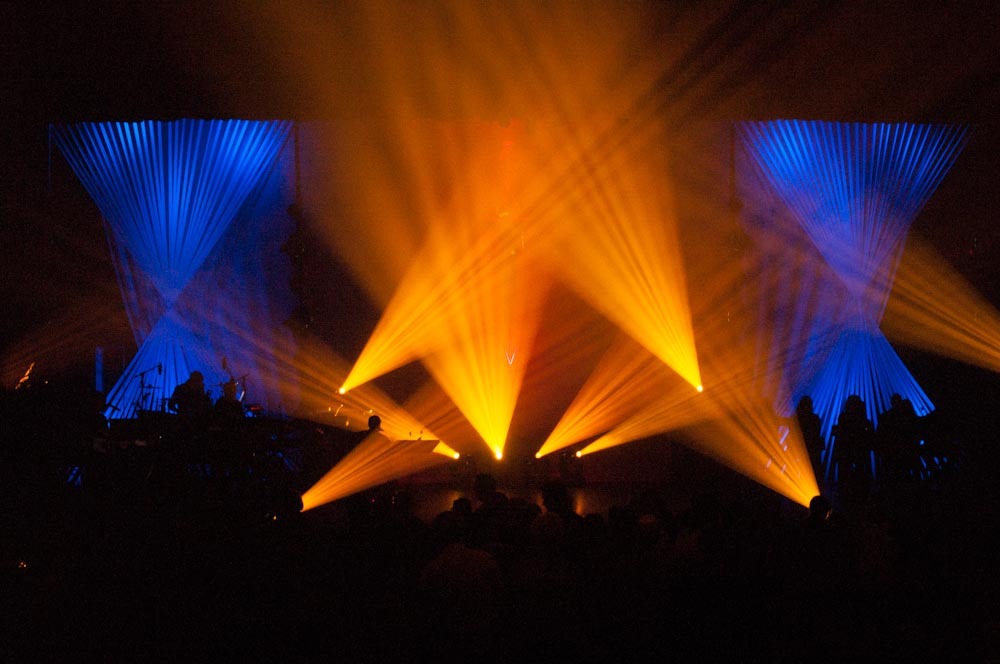 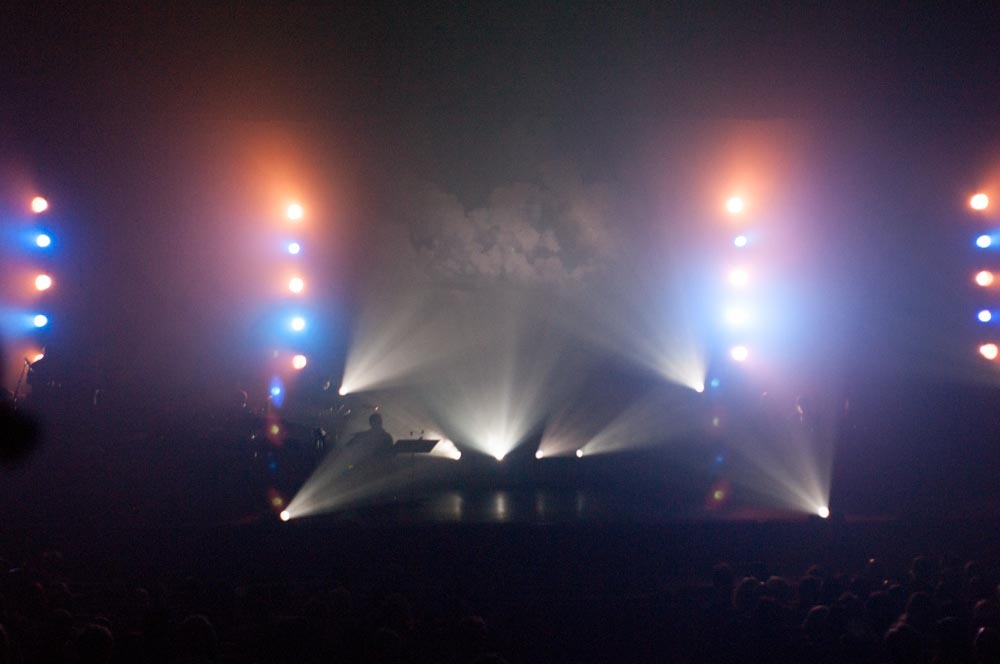 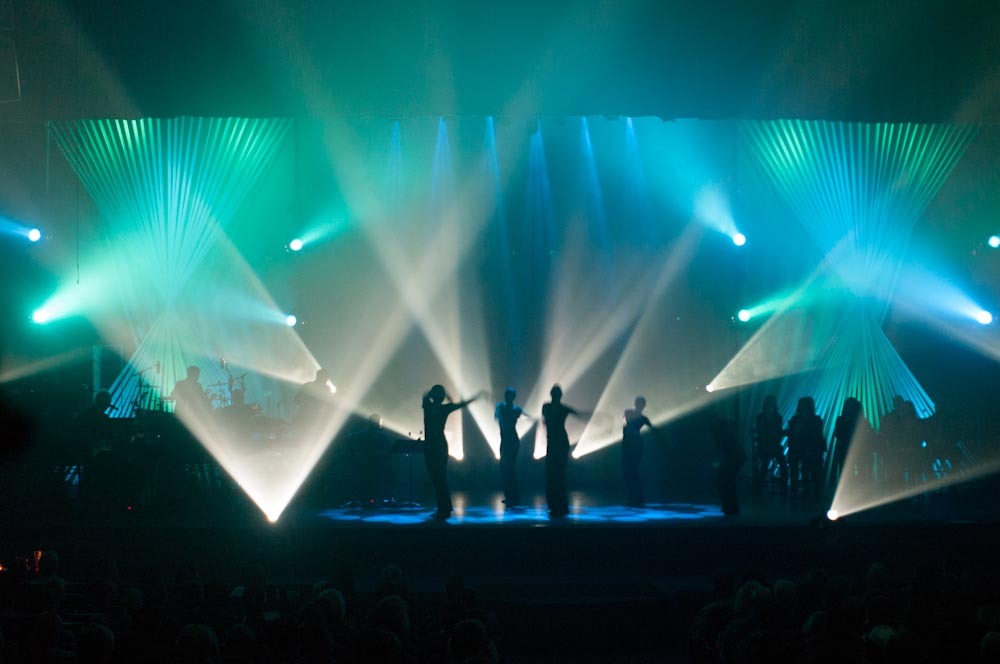 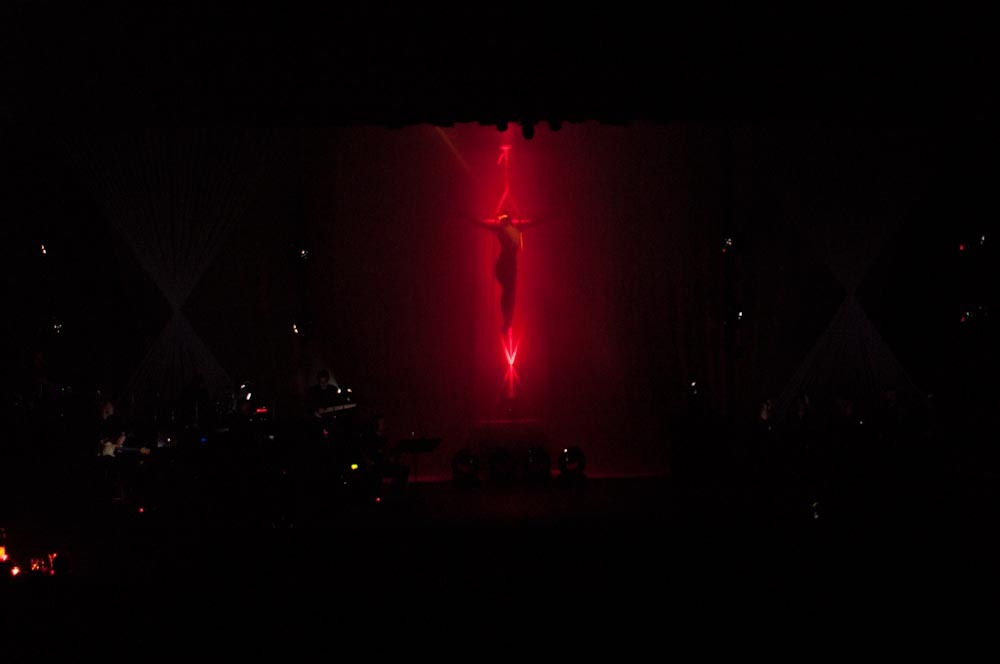 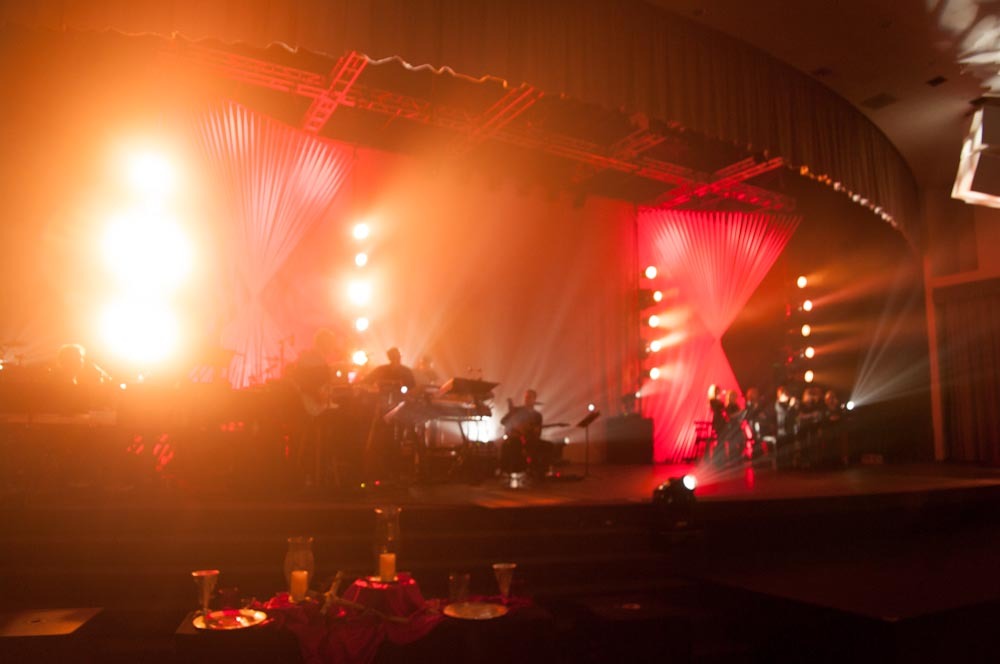 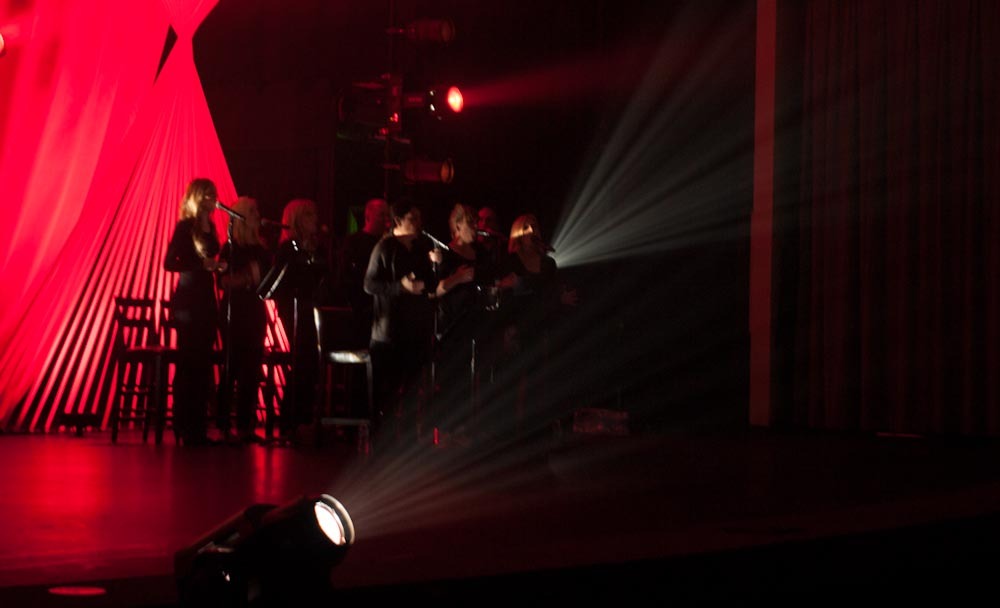 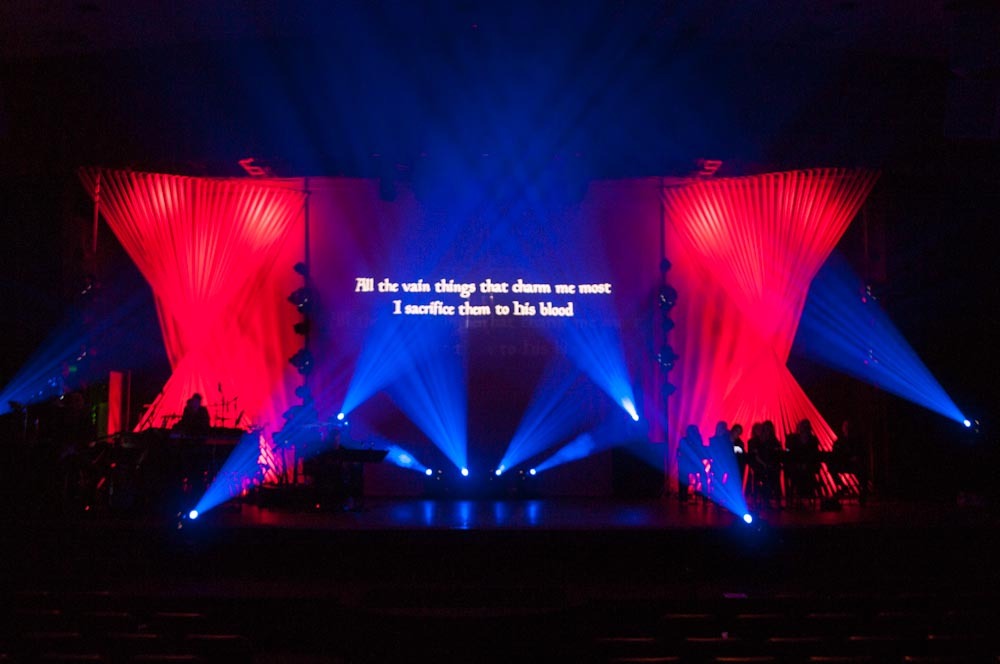 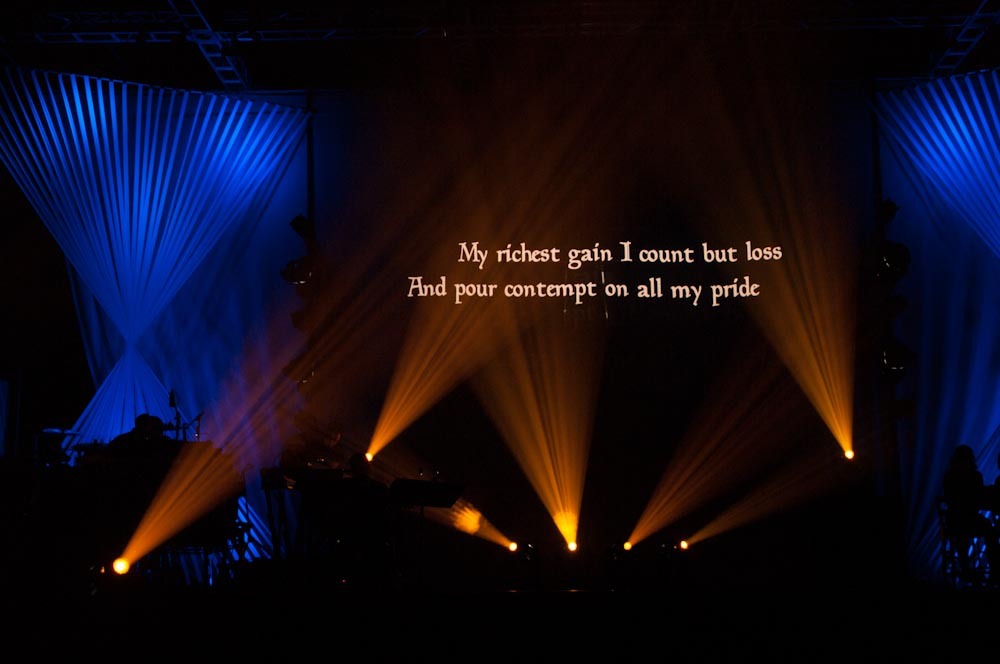 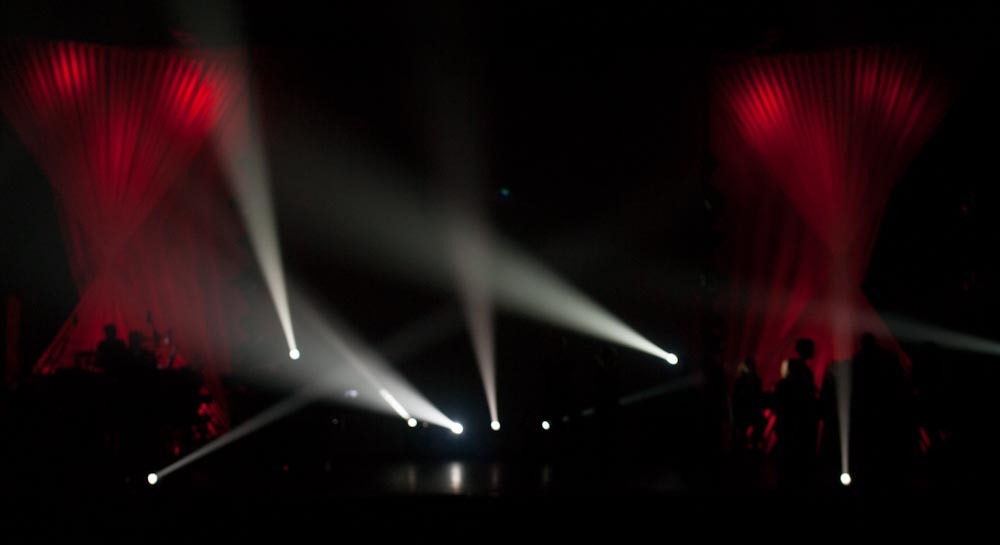 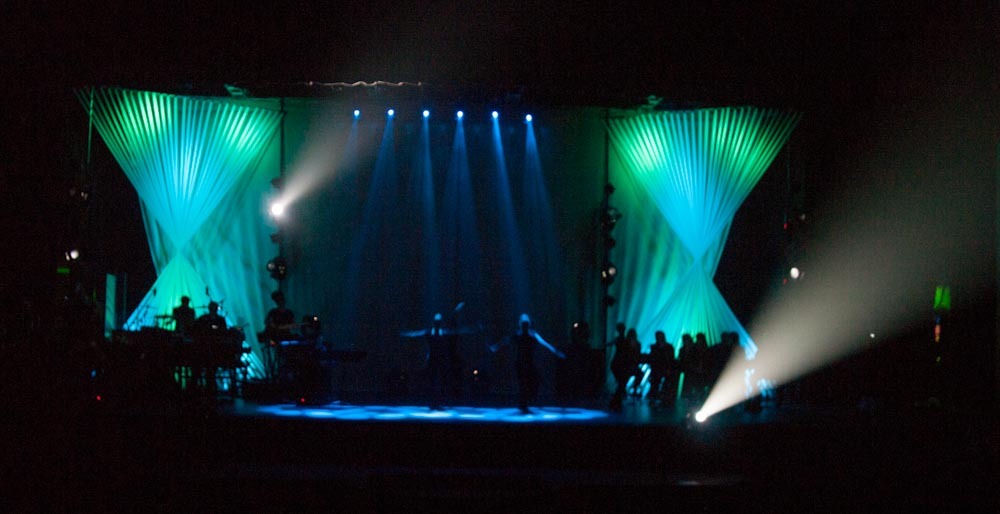 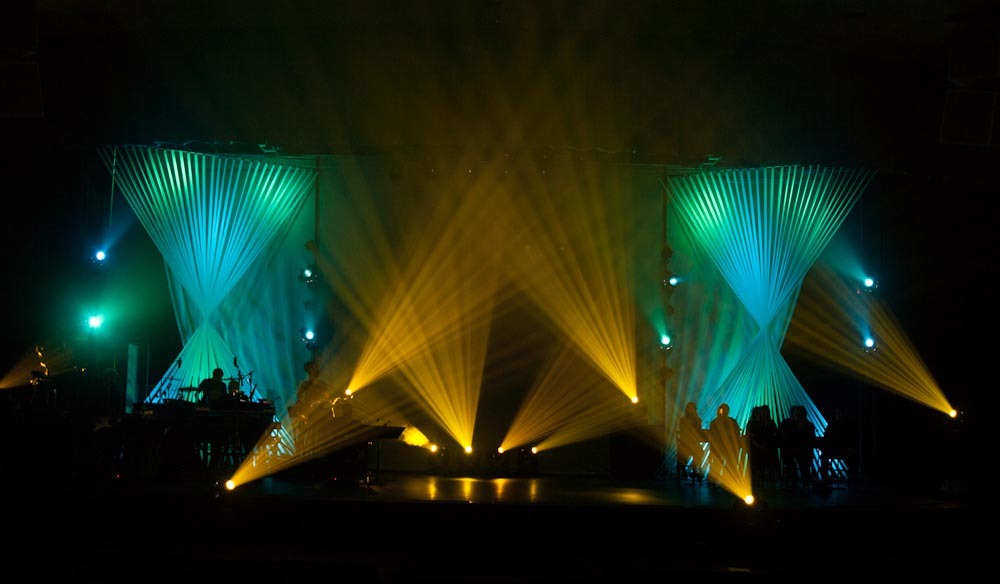 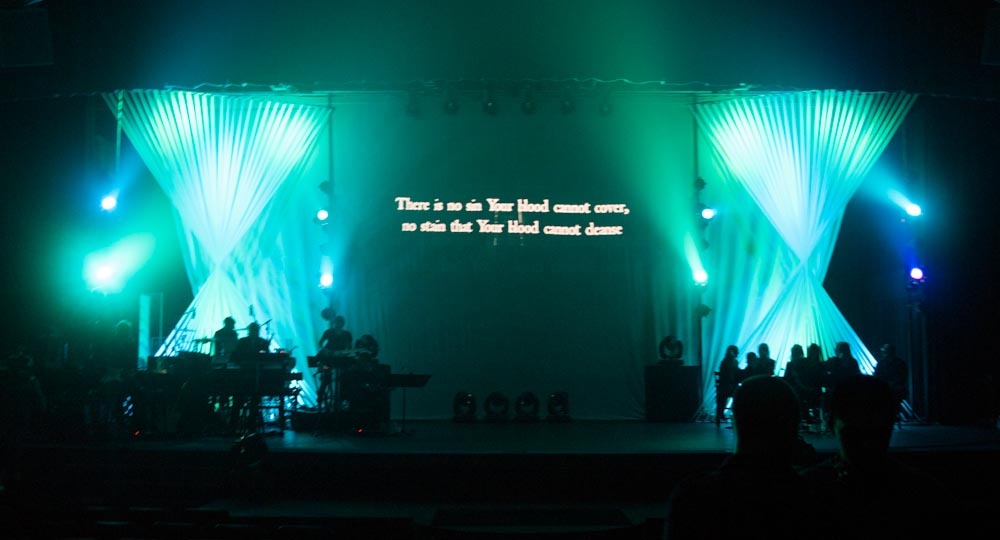 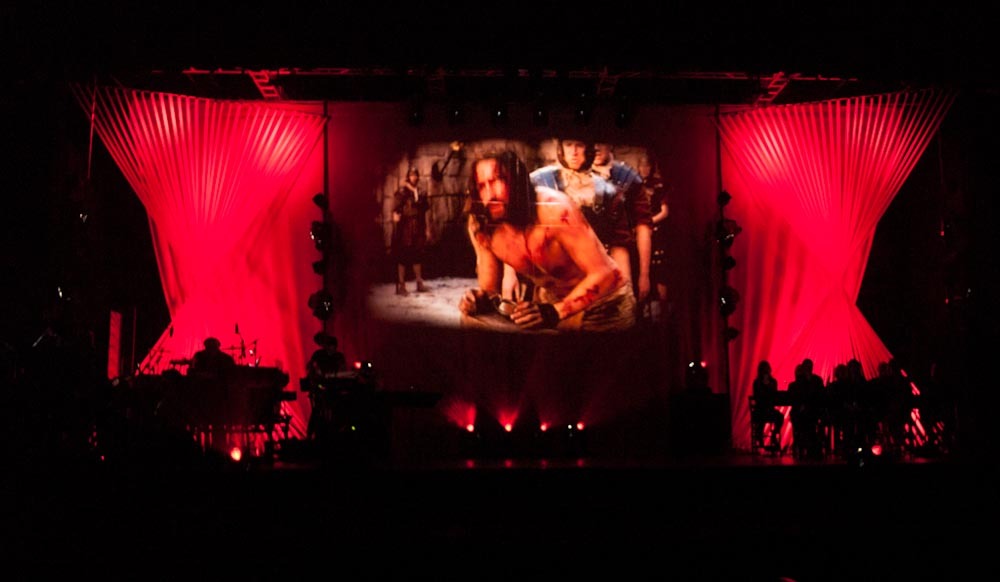