Back in the day, Aviom introduced the personal mixer. And they pretty much ruled the market for about 10 years, if for no other reason that there weren’t many options. But in 2013, the market is rife with personal mixing options. From the elaborate to the simple, console manufacturers and third parties are all getting into the game.

We first saw the Elite Core system at WFX in 2011. At that time, we were immediately impressed with the sound quality. They also appeared to be built quite well. In the intervening months, we’ve seen them at plenty of trade shows and conferences. But it wasn’t until recently that I actually got a full system in my hands to work with.

We had a Women’s retreat a few weeks back, and one thing I learned the past few years is that in the small room that they have the main sessions, stage wash is a real issue. We have ended up with 5-6 wedges on a small stage, in a small room, and the monitors are always on the edge of overpowering the mains. I thought it would be a perfect time to evaluate the Elite Core PM16s.

One of the great things about personal monitoring systems is that the connection between FOH and the stage is a single Cat5e cable. That was a real benefit for our load in/out. I put the POE switch they sell with the system on stage and ran my PM16s back to that.

Like most personal monitoring systems, the Elite Core system consists of three basic parts; an input module, a distribution module and the personal mixer. The input module, cleverly named IM-16, is a simple affair. It accepts 16 analog inputs on TRS jacks. They thoughtfully included Through jacks as well, so you can use the inserts on your console if you don’t have direct outs.

There is a single RJ45 on the back which connects to the switch. While you might be able to use any POE 100Base-T switch, their DM-8 is certified to work well with the rest of the system. It’s a little more expensive than an off-the-shelf D-Link or Linksys model, but not enough that it’s worth skipping it. The DM-8 also has several bright indicators that help you quickly diagnose cabling and connection issues. Plus, you get a set of rack ears, which again, cleans up the install.

Finally, there is the PM16 mixer. In contrast to the Aviom model of push the button, turn the single knob, the folks at Elite Core put 32 knobs on the surface; 16 volume and 16 pan. There is also a signal present LED over each channel, which makes it easy to troubleshoot audio routing issues. They run on Power Over Etherent (POE), so you don’t need wall-warts or power cords to each mixer.

In addition to the volume & panning, you have a built-in ambient mic with it’s own control, and a single-knob compressor. They also included a 3-band graphic EQ, which is nice for a little tone shaping on the final mix. Finally, a master volume knob controls the level for both the headphone and stereo line outputs (stereo line out on a pair of TRS plugs).

Another nice feature is the 6-segment LED meter that gives you an idea of how hard you’re driving the system. In my testing with my UE-7 custom IEMs, I was running most of the volumes in the 9-12 O’clock position, with the master at 10 O’clock. That lit up the meters to about −10dB on the really loud parts, which meant I still had plenty of room to get it loud.

One of the most frequent criticisms of the Aviom system is that it just doesn’t sound that good. When I’ve used them, they seem to somehow suck all the dynamic range out of the sound, and leave it thin and lifeless. I’m happy to report that the PM16s sound really good.

I played with a bunch of tracks from a night of worship we did some months back, and quickly found that I could dial up a great sounding mix with plenty of punch in almost no time. I built some stereo stems, and found the stereo separation to be quite broad. The EQ doesn’t have a ton of boost/cut capability but it is enough to tame the sizzle of the high end, or boost the bass a little of your IEMs need it. Pushing up the mids helps the vocals stand out a little bit without making the whole mix louder. And the compressor is a nice way to help glue the whole mix together a bit.

One of the things I like about the system is how solid it is. The cases of the PM16s are heavy gauge steel with roll bars protecting the knobs. When your musicians walk off stage forgetting they are still plugged in (and they will), these should survive the fall without any issue. 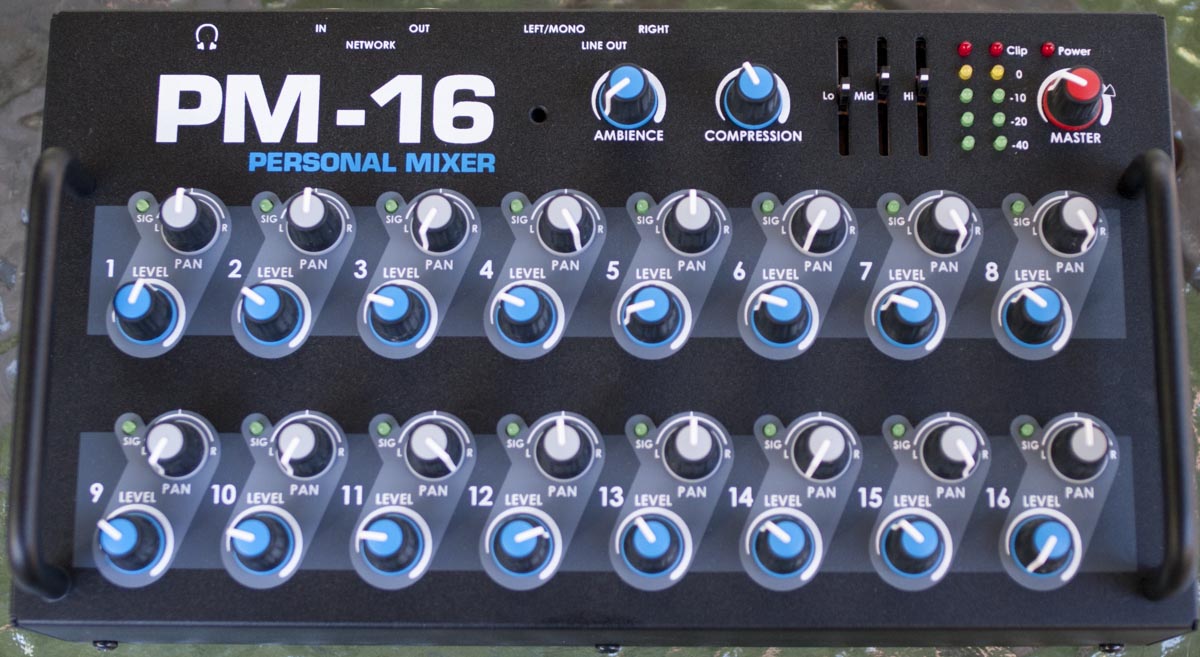 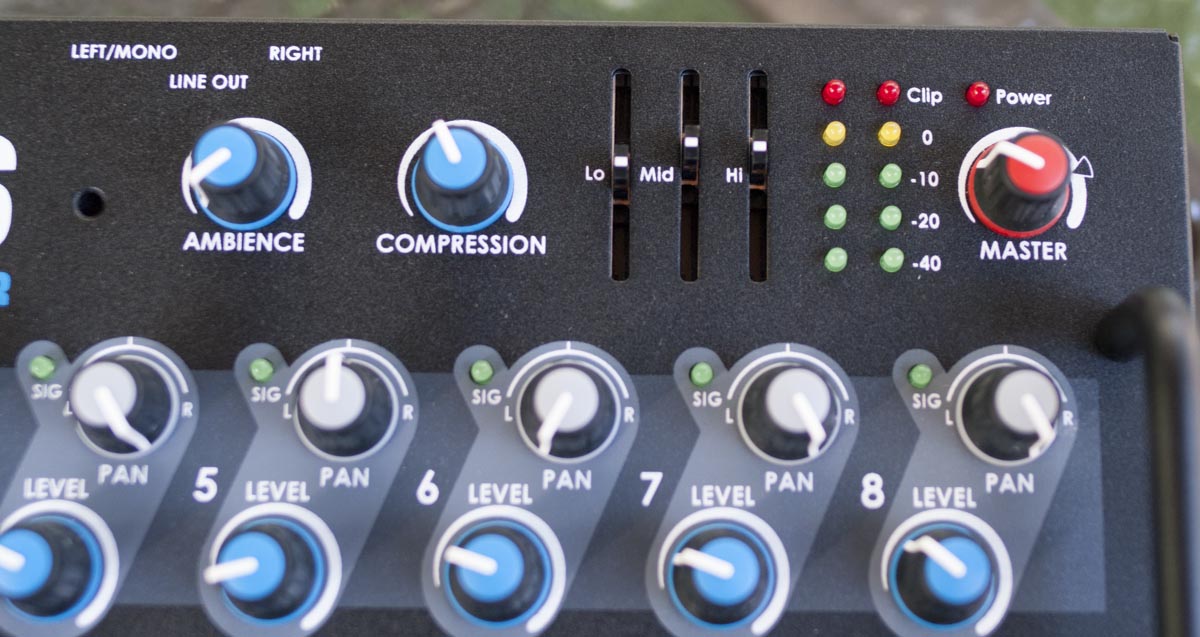 The bottom line is that these are rugged, well-made pieces of gear that sound great. If you’re looking for a basic 16-channel personal mixing system, you really need to consider these.